HP have released a tablet notebook which can be split deformable and is very brisk, The Spectre X2 specifically designed for tablet preference and who do not want to expense of office productivity users. The Spectre x2 brings you premium entertainment in tablet mode with a 1920×1280 Full HD IPS Display. Besides, with the built-in kickstand, you can adjust the tablet to your perfect angle for movie watching, gaming or browsing. And with the latest Intel® Core™ M processor 2 and up to 512GB3 of storage, you have plenty of speed and space for all your movies, apps and games. So you can imagine how wonderful it is to play Blu-ray movies on Spectre X2.

Guide: How to convert Blu-ray to Spectre X2 video foramt? 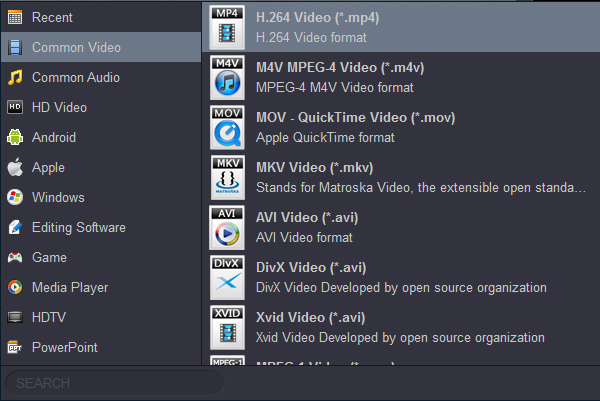 Tip: Before conversion, if you want to add watermark on your Blu-ray , you can just click “Editing” button to go to “Watermark” tab to add text or picture watermarks to Blu-ray movie files;