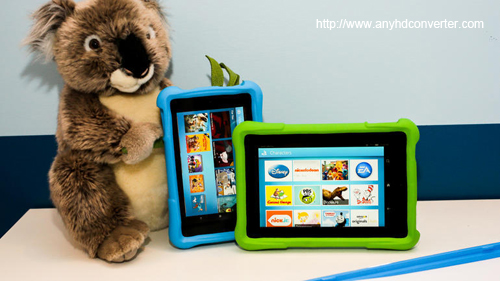 Currently, Amazon company has launched a new tablet called Amazon Fire Kids Edition which is especially designed  for children. Fire Kids Edition starts in Amazon FreeTime, which is built from the ground up just for kids. It is equipped with a 1024 x 600 IPS display that’s perfect for watching movies espically Blu-ray or DVD movies, plus a fast quad-core processor that ensures quick app launch times and smooth games and video. The Fire Kids Edition tablet comes in black (with a blue or pink Kid-Proof Case), 8 GB of internal storage, and up to 128 GB of expandable storage with microSD. Due to its big storage, you can transfer many movies into the Amazon Fire Kids Edition for kids watching. 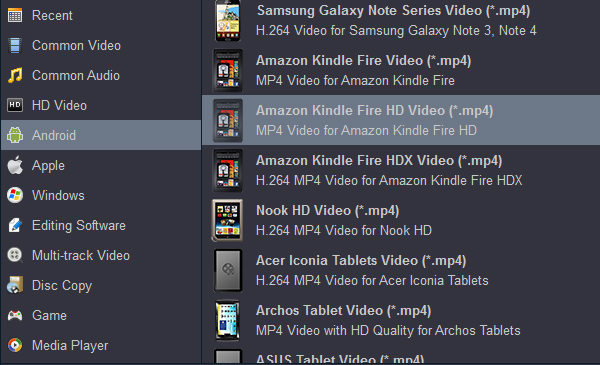