Rip and convert Blu-ray to iPod Touch 6 for playing 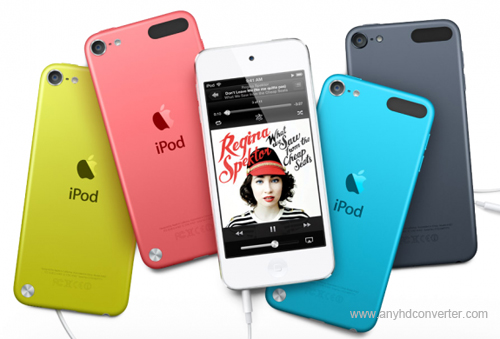 Blu-ray movies now are popular in the Film Market and the attention is getting higher and higher. The 4K content storage capacity of 100GB Blu-ray discs have been published, so more and more people want to play Blu-ray on some portable devices such as iPod Touch 6, Galaxy tab 2, iPhone 6 etc., when they are on journey.

iPod Touch 6 remains wonderfully thin at just 6.1 mm, and the weight of 88g is almost unnoticeable in the pocket. It comes with Apple-designed A8 chip, which is built on 64-bit architectures. At the same time, the iPod Touch 6 provides rich entertainment features, so many people choose to carry the iPod Touch 6 for fun, such as watching Blu-ray, playing games, listening to music… The four-inch screen give this media player a genuine one-handed operation, and the screen is 1136×640, it is perfect for watching HD movies on iPod Touch 6. So It is a wonderful thing if you watch your Blu-ray on iPod Touch 6.

Tip: If you downloaded some HD MKV movies and plan to play the MKV movies on iPod Touch 6, this iPod Touch Blu-ray ripping software can help you convert MKV to iPod Touch 6 supported MP4, MOV or M4V for you.

How to convert Blu-ray to iPod Touch 6 for watching?

Step1: Install and run the iPod Touch 6 Blu-ray Ripper. Insert Blu-ray disc into BD Rom. Load the Blu-ray movie files that you would like to rip by clicking on “Load Disc”.

Step2: Please Click the format option, choose the output format for your iPod Touch, we can go to “Apple” category then choose “iPod Touch 4 Video(*.mp4)”. For playing Blu-ray movies on iPod Touch full screen, you can click “Settings” to reset the output resolution, here you can input 1136*640. If you want play movies on your iPod Touch without black bar, you can go to edit interface to crop the loaded videos. 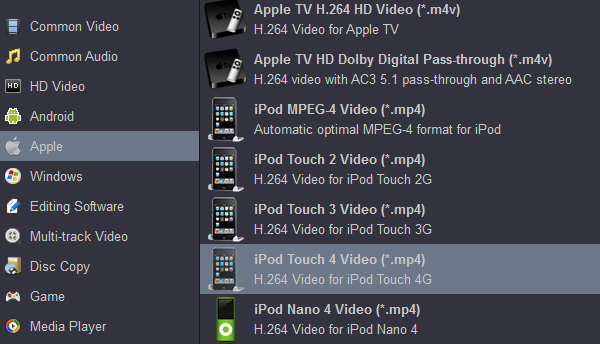 When the Blu-ray to iPod Touch 6 conversion is done, you need to click “Open” button to get the ripped movies. You can sync the movies to iPod Touch via iTunes for playing.